Weak wifi signals happen quite naturally as you move further away from the antenna generating the signal. But there other effects that play there role in creating weak radio signals. 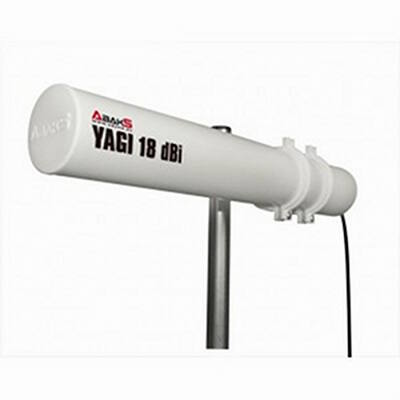 It can be expected that walls and other obstacles will absorb some signal energy and the nature of the materials used in the construction of walls can severely influence the signal getting through. Modern building materials often include metallic foil skins in them for energy saving and damp proofing but these metallic skins are a real block to Wifi signals.

In addition weak wifi signals at distance, reflections can cause signal loss through interference. Signals can take multiple paths to reach the receiving antenna and this can lead to signal fading as these various paths result combine out of phase at the receiver.

The weather effects signal propagation too. All radio waves to some extent are affected by moisture in the atmosphere which causes scattering of the radio waves especially over greater distances. So very wet cloudy, foggy and rainy days will make the signal worse.

Another cause of signal degradation is interference from adjacent channels in the wireless bands you signal is occupying. This can result in slowed connection and data rates. This may be a more significant problem in built up urban areas with many wifi signals on crowded and overlapping channels.

Line of sight for point to point antenna connections without obstruction is preferred with a already weak wifi signal. But not always possible especially with trees, hills, buildings etc. But signals will also diffract round obstacles and may have many reflections particularly in indoor spaces. In many ways these indoor effects give access to wifi signals in many internal spaces not directly in line of sight of antennas. And signals can pass through walls but signal the loss depends on the wall thickness and composition of the materials used to makw it.

All these affects are over and above weak wifi signals caused by the basic nature in the way radio waves get weaker in free space where no obstacles are assumed to block the signal. This is the fundamental way signals get weaker as they move further away from their source. For every doubling of the distance the signal travel Its signal strength is reduced by three quarters! the effect is know as the free space loss.

This is the common phenomena for radio waves and electromagnetic waves in general described above where weak wifi signals occur with increased distance. There are two principle effects that influence this loss when we are considering Wifi Antennas.

Electromagnetic waves propagate energy according to the inverse square law. Which means the energy per unit area away from the transmitting source is inversely proportional to the square of the distance (d) between the source and the observer. So the power per unit area at point d (Pd) away from the source producing power (Ps) is …

Now the ability of an antenna to absorb this radiated energy depends on its apature which also depends on the wavelength of the radiation. so that the effective power received(Pr) is proportional to the square of wavelength used and the incident power (Pd) at the antenna thus…

Note that the appature effect in this equation introduces the frequency (f) element in the equation when we substitute for wavelength. This gives people the impression that free space path loss is dependent on frequency. This is an error as no such mechanism exists in nature.

The loss due to propagation between the transmitting and receiving antennas is called the path loss and can be written in dimensionless form by normalising the distance to the wavelength:
Loss (dB) = 20×log(4×π×distance/wavelength) (where distance and wavelength are in the same units)

When substituted into the link free space loss equation 5 above, the result is the logarithmic form of the Friis transmission equation (this will be covered in a separate page – coming soon).

In some cases it is convenient to consider the signal loss due to distance and wavelength separately, but in that case it is important to notice which units are being used, as each choice involves a differing constant offset. Here are some useful examples…

These alternative forms can be derived by substituting wavelength with the ratio of propagation velocity (c the speed of light, approximately 3×10^8 m/s) divided by frequency, and by inserting the proper conversion factors between km or miles and meters, and between MHz and (1/sec).

Go here to see more details and to use our Wifi free space loss calculator which does all the maths under the covers, making it easy do do practical calculations and overcome the effects of weak wifi signals. Enjoy!