Using marine wifi antenna boosters for boating application is on the increase as we note from our own customer base how many clients are using them on their boats. Because of this trend we developed marine wifi antenna Boosters product kits for marine applications. We have consulted in a number of cases in providing the right kind of products and application advice for the marine environment.

As a general topic of interest to many other potential users we felt it appropriate to give some insights into the application of wifi antenna boosters.

Why are people using Wifi Antenna Boosters on Boats

Among the many boating enthusiasts are people who may just be weekend sailors or more dedicated seafaring people who want a semi-permanent link with the outside world while at sea on on a passage. The main Wifi application seems to be Internet access for email and chat applications including Facebook and Twitter. It seems even on the open water people cannot live without these modern conveniences.

Many inshore sailors use their mobile phones when signal mobile carriers signal conditions permit, but access to open and/or free Wifi via their mobiles gives even more choice. Similarly serious sailors have on-board tablets and computers for maintaining contact with the outside world. They do this when they get access to local networks in ports of call including marinas where they have wifi antenna booster hotspots etc.

Take a look at a typical Wifi Marine Kits 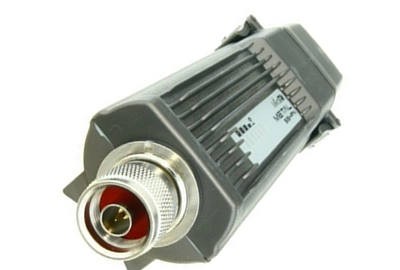 Clearly, when setting up a wireless access point with a wifi booster onshore the wifi access points (Wifi AP’s) need to provide as wide a coverage as possible. This could include areas around the shore line where potential wifi clients with marine wifi antenna boosters are moored. Typically on boats say in a harbour, marina or nearby moorings.

To do this they need a omni-directional or sectored antenna which focuses the wifi signal where it’s needed. This may be a radiation pattern of 360 degrees all round or may be 180 degrees or less pointing out from the shore line aimed specifically at the boating community moored in a bay, river mouth or marina.

As the general area of coverage is spread out so are the mooring points. It is better for individual boats receiving this shore based Wifi signal to also employ a good omni-directional antenna. This has the advantage of all round coverage and access to multiple sources of wifi signals. It avoids problems with directional antennas because on a mooring it is difficult to maintain a consistent antenna bearing to the Wifi source.

How far away can you receive a Wifi Signal

Surprisingly the earths curvature has a bearing on the ability to see a transmitting antenna over the apparent horizon. A 6 foot tall individual standing on the sea shore when looking out to sea can only see the horizon at a distance of about 3 miles. For smaller people the horizon may only be 2 Kms away. Of course the mast of a sailing boat on the horizon would be visible at this distance given clear conditions. But if the sailing boat was say 5 miles away one might expect to see a much shorter mast. Also if you were higher on the shore line, say standing on a dune you would expect to see more of the sailboat mast.

Now if the sailboat had an boosted antenna mounted on its mast and your position on the shore represents the hight of a shore based wifi antenna you can see that the distance that will permit both antennas to be in-line of sight will depend on the sailboat antenna height above sea level and the height of the Wifi antenna on shore above sea level.

We have created this convenient calculator that will work in Metric or Imperial measurements. It calculates the maximum distance that will be available in a point to point Wifi link from a boat antenna to an onshore antenna. Enter the height above Sea Level either in metres or feet for each antenna. Press either of the Compute buttons and the effective distance between the antennas will be displayed in both kilometers and miles. Setting one of the antenna heights to “0” gives you the effective distance from the other antenna position to the horizon it sees.

We have created a calculator for your convenience to do the calculation of sighting distance between antennas. See our
Marine Wifi Antenna Sighting Distance Calculator at Sea