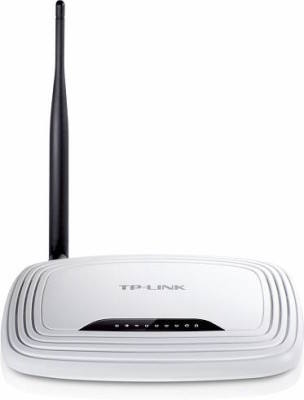 We are interested in knowing how do you choose wireless routers using 802.11 wireless standards. Nowadays virtually all new routers support the 802.11n wifi standard (Wireless N) which we hear about as offering greater speed and reach than the older 802.11g (Wireless G) standard. In general this is true given that when all the connected devices to the router also are Wireless N compatible devices then the wireless network speed is greater. Unfortunately many of our wifi devices like our older PC’s use the Wireless G standard which has a maximum network speed of 54 Mb/s. So even though basic Wireless N based routers can operate at theoretical speeds of 150Mb/s they automatically slow down to the Wireless G speed to accommodate the older Wireless G devices on the local network. So in this case the wireless N based routers do not provide you with any speed advantages. Mixed mode N and G or even N,G and B mixed mode networks router set-ups always lead to a network speed of the oldest standard involved. Wireless B has a maximum network speed of 11 Mb/s. So a wireless N router would operate at 11 Mb/s on a N,G and B mixed mode network.

Remember also that the maximum wireless speeds quoted for your wireless network is not a real world useable speed. Expect that your maximum real useable speed will be around half this value due to signal encoding, protocol overhead, noise, contention and other channel sharing factors.

As we have seen if your home network contains only wireless N devices you have the potential for improved network speed capabilities. These Wireless N speed improvements offer you the ability to share streaming sources like video and gaming applications and file sharing locally on your network. Although Wireless N generally improves the speed of movie, music and other file sharing at home, it does NOT increase the speed of the connection between your home and your ISP and the rest of the Internet. Your shared Internet connection is often much slower than your internal network speeds. So the speed advantages of using a Wireless N network strictly apply to local use on your home or office wireless network.

What Speed is Wireless N

Wireless N speeds also vary depending on the number of radios and antennas a device uses. Wireless N speeds can be 150, 300, 450 or 600 Mb/s. The speed improvements occur because these Wireless N devices use multiplexing radios and extra antennas operating at the same time over different spatial paths. The expression MIMO (multiple in multiple out) is a reference to these multiple radio/antenna paths. A 300 Mbps Wireless N router contain two transmit and two receive antennas, while 450 Mb/s contain three and 600 Mbps router contains four pairs, respectively. But once again to get the full speed advantage both Wireless N devices have to have the same number of radio/antennas pairs to get this speed improvement. 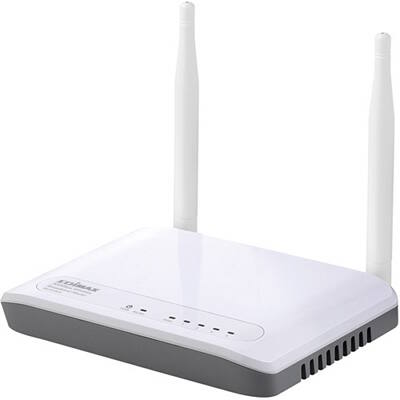 In general Wireless N will propagate further on one spatial path for the same radio and antenna output compared with Wireless G due to improved signal coding techniques, error correction and frame aggregation. Add to this the potential use of four spatial streams at a channel width of 40 MHz, support for multiple-input multiple-output devices and security improvements, among other features, Wireless N offers greater potential speed and reach than Wireless G.

Wireless N can be also be used in the 2.4 GHz or 5 GHz frequency bands. This means that dual band routers can offer great benefits in network capacity for devices capable of operating on one or both bands. Dual band routers can accommodate wireless 2.4 Ghz and 5 Ghz clients simultaneously which is fine as time passes and even more wifi devices operate on the 5 Ghz. An apple iphone 5 and later models along with other high end smart phones and tablets now support dual band wireless operation. 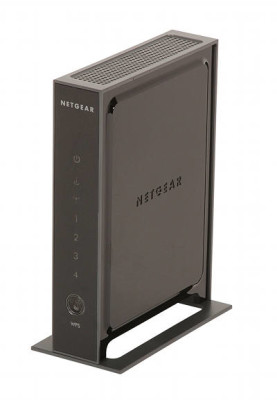 The Netgear N300 Wireless N Gigabit Router is ideal for both professional and personal Internet use, providing Gigabit for ultra-fast wired connections and Wireless-N for better wireless speed and range. The router provides Wireless-N speed for simultaneous downloads, streaming voice and music and online gaming, in addition to basic Internet applications. 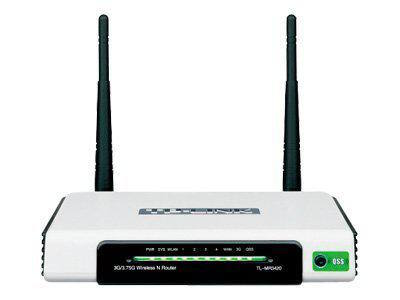 Because we can now access the Internet through mobile devices there are now routers that can provide dual access to both Wireless N in your home network, with Internet accessed from either your normal ADSL/Cable or your 3G mobile supplier. It is possible to configure these routers to provide a fallback scenario so that if one network fails the other takes over. See the details of a good wireless router of this type here. 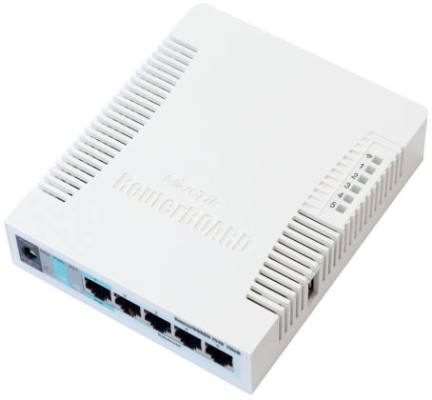 For those of you who are looking for something special here is a really powerful, professional and quality high speed N 300 Mb/s SOHO Router to really boost your wireless signal inside and outside your property. You can either upgrade your home wireless network by adding this router or replace your existing Wireless G network with this powerful Wireless N 300 Mb/s router.

This router packs 30 dBm of radio power (1000 mw) and provides in its compact size dual MIMO 2.5 dBi internal antennas to reach out to all those previously unusable wifi zones in your home. This router is a professional class device with many flexible configuration options available to the savvy user. Yet is comes out of the box with a very simple initial setup web based interface to get you started with and have your AP router up and running in minutes. You can even add an additional external antenna should you ever need that! The device also has a USB port for extra configuration options like adding a USB 3G modem or storage device if you are technically minded and know what you are doing.

As it comes this router in standard configuration is a great option to boost your home wireless network signal throughout your home. See the MikroTik Powerful SOHO Wireless N 300 Router